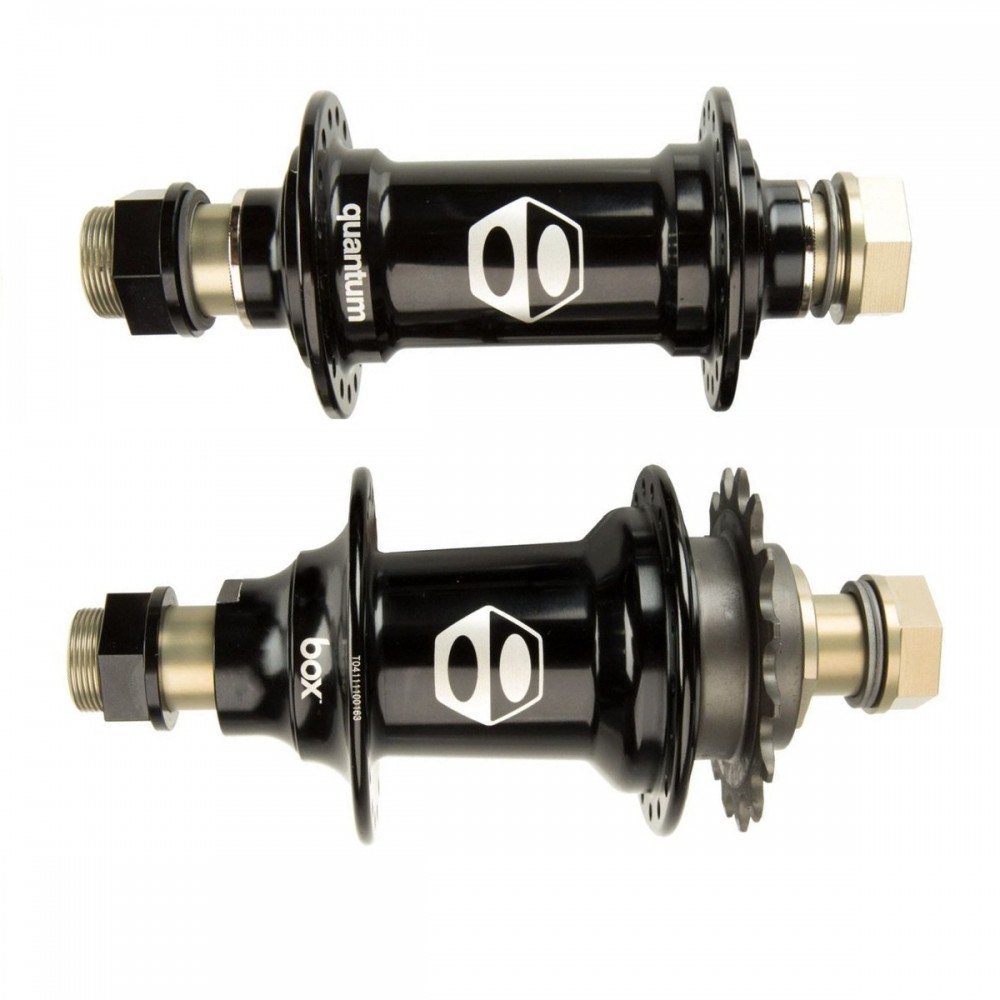 For more than seven years, Box Founder Toby Henderson has been trying to build a reliable 20-mil, rear, cassette hub without creating a new cassette standard. The problem was fitting durable bearings between the cassette body and the oversize axle. The rear Quantum hub overcomes this dilemma by using the type of one-piece driver commonly found on “freestyle” hubs. Each hubset includes a one-piece, 16-tooth driver supported by three large, roller bearings. Inside the driver are six pawls, each with two teeth that engage a 60-tooth ratchet ring, meaning the hub has just 6 degrees of engagement. The end result is a higher performing hub with fewer dead spots and less drag than others on the market. Quantum front hubs are available only with 20-mil axles, but the rears can be easily converted between 10-, 15 and 20-mil axles. Each set includes a front and rear 20-mil set-up. Additional spacers included. Optional 10- and 15-mil axles are sold separately.

Free Shipping all continental US orders over $100